Being super effective, it became popular throughout the 90s and is a super enjoyable strain to try out with quite a natural. Still, at the same time, spicy taste is a must-try if you’re getting into the industry. If you’re curious about OG Kush Strain and want more info, you’re at the right place. Here you will learn everything you need to know, whether you’re a consumer who wants to find out more about what you’re about to put into your body or a cultivator unsure of how to plant this fantastic strain. Read on to be enlightened!

What is OG Kush Strain?

The origins of the OG Kush strain are widely disputed, with nobody knowing for sure where the strain comes from. Some say that it’s a cross between staple Chemdawg and a hardy Hindu Kush landrace. Being created in Florida and popularized in Southern California, Colorado, and Nebraska, it became highly predominant. If you don’t find yourself in those areas, it might be a little more complicated to have access to such worthwhile strain; not to worry, though, nothing is impossible; it can still be found if you do look hard enough!

OG Kush Strain shares the same amount of popularity as Pineapple Express and even White Widow. Being this well-known and respected doesn’t happen overnight; over time, it has proven its worth by its effectiveness and ableness to treat a wide variety of illnesses and giving the everyday user a fantastic experience. It will give them a tremendous high full of euphoria and relaxation throughout the body, considering it is a mixture of Indica and Sativa.

When it comes to appearance, it looks like the typical cannabis, with nothing special that stands out for you to put it aside from the rest. It has the classical yellow, green, and orange combination that, even though it might look indifferent to any other strain, you’ll still be very quickly able to tell that the real deal is in your presence! Being a hybrid, it’s no surprise that it releases a very pungent and strong smell.

If somebody is smoking it at a close distance from you, you’ll have the pleasure of smelling it. Don’t be shy in asking for a try! Just make sure not to smoke too much, though, as the enjoyment might quickly turn into couch locking or, even worse, paranoia and anxiety. An OG Kush Strain will have an earthly taste, which can be considered a mixture of a woodiness and grass-like flavor. Also, you will quickly notice that it might even have a little bit of a spicy taste giving you a tingle through your throat.

OG Kush is no simple plant to grow, especially if you’re looking for something for self-consumption; it might not be worth the effort. The plant is quite picky when it comes to where it can grow and needs a significant amount of attention to achieve successful cultivation. It is most commonly planted in Southern California, where the climate is mostly warm and dry with little rain (this doesn’t mean you won’t have to water them often).

Some of the issues that may arise when growing OG Kush that you should look out for are bug mites, powdery mildew, and other diseases. If you decide to grow, be extremely careful as these could ruin your whole crop, leaving you profitless. If you decide to grow OG Kush, be mindful of the time you’ll have to put into the plant. Other than that, if you do things correctly and have a good crop, you will quickly see a good profit put into your pocket. Don’t lose motivation!

Some tips that WayOfLeaf provides, the famous and well-respected cannabis website for growing OG Kush, include:

The truth is, most strands that are worth your time will take a similar time to grow, so if you consider yourself an anxious person who won’t be able to wait for 8 to 9 weeks for the final results, it’s probably best to look elsewhere. If you’re looking for something to cultivate in your own home, then go with something more straightforward, especially if it’s your first time growing. Many other strands don’t have as much independence and produce a great result, such as Blue Dream. This could be the best option to get started with; make sure you investigate thoroughly!

Bear in mind; if you decide to grow OG Kush, it might take more than one crop to master the process of what the plant wants from you to achieve the best results, so be patient.

OG Kush is a strand that needs no presentation in the world of cannabis. It has always had a large following that increased even more in the last five years. Many new consumers use the strain to treat illnesses such as depression, anxiety, and insomnia. Many people concluded that this is a much more natural way to treat those problems instead of prescription pills that may have long-lasting side effects on the body.

It is considered by professionals that if you decide to go with OG Kush as a more natural way to treat one of these problems, you should take a relatively small dosage. Not doing this can not only not improve your current situation but even worsen it, achieving high levels of paranoia and anxiety, so be careful!

On the other hand, if you decide to take OG Kush to treat insomnia, a higher dosage is recommended. You will be fast asleep in no time!

Like many other highly induced T.H.C. strains, OG Kush can produce a good amount of paranoia and anxiety if you smoke too much. This can easily be avoided by knowing your limits and going very slow if you’re a newbie. Dry eyes and a dry mouth are also widespread side effects. Don’t worry, though; these problems can easily be treated by drinking a good amount of water and the proper use of eye drops.

OG Kush is an excellent strain with many potential health benefits that won’t take long for you to see if used adequately. It might not be the easiest to cultivate yourself for personal use. Still, it’s worth buying if you get the chance, as it can be found in almost every legal dispensary across the United States since it’s so popular. If you decide to cultivate OG Kush, make sure you’re willing to put in the effort, which is crucial for success! If you’re going to try OG Kush for medical purposes, make sure to put it past your doctor or a professional first, as he will be able to guide you through what could be the best option for you. 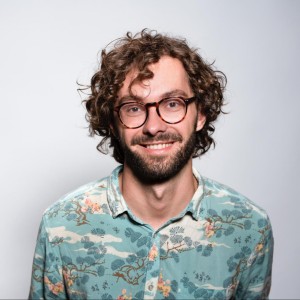 Blue Dream is a sweet, fragrant strain that tastes and smells like fresh blueberries. It is a highly potent medicinal strain with a variety of

MediHaze strain was made to be a unique strain. The CBD crew made sure that this was the case when it crossed two Haze descendants,

The Wedding Crasher strain, contrary to its name, will not make you want to crash any weddings but rather collapse on the sofa. It can